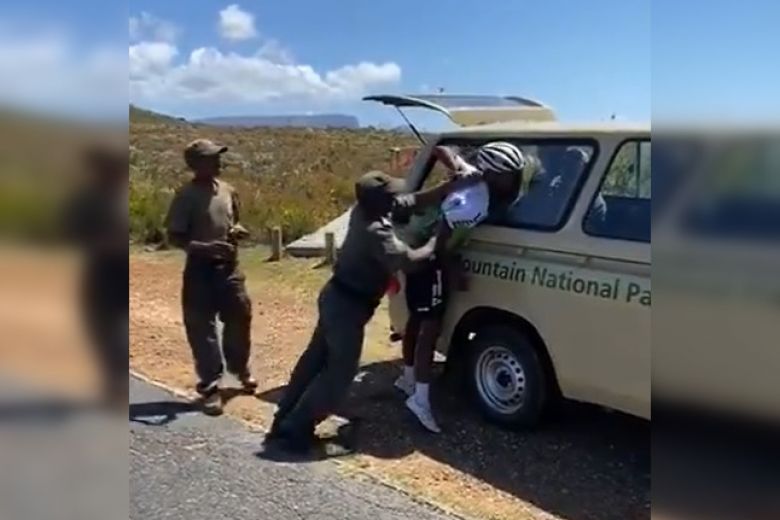 SANParks is appealing to anyone who witnessed the scuffle involving cyclist Nic Dlamini and SANParks rangers to come forward.

Rangers accosted Dlamini at the Silvermine National Park and demanded to see his activity permit.

A video shows them twisting Dlamini’s arm and bundling him into a vehicle.

The cyclist’s arm was broken in the incident and an independent investigation is now under way.

Five rangers involved have been suspended, pending the outcome of that investigation.

SANParks’ Rey Thlakudi said the investigation will include the video of the incident that’s now gone viral.

“That will form part of the investigation but won’t solely rely on that video and that’s why we’ve asked for eyewitnesses to come forward. We will be interviewing the gate officials as well, just to get all the facts.”

As for Dlamini, his sporting future remains unclear at this stage. Dlamini was, by all accounts, headed for a very promising season.

He underwent surgery to a repair a bad fracture to his left arm over the weekend.

He’s now been discharged from hospital and he’s released his first public statement on the matter.

In a Facebook post, Dlamini describes the incident as upsetting and said his “surgeon is unable to make a prognosis at this early stage” and it’s unclear when he’ll be cycling again.

The cyclist said he was receiving expert care and physiotherapy and when he’s feeling well enough, he’ll make an official statement to police on the incident.

The post Nicholas Dlamini: SANParks Incident ‘Upsetting’. Calls For Witnesses Are Being Made appeared first on iAfrica.com.