A South African story that will move you – for sure 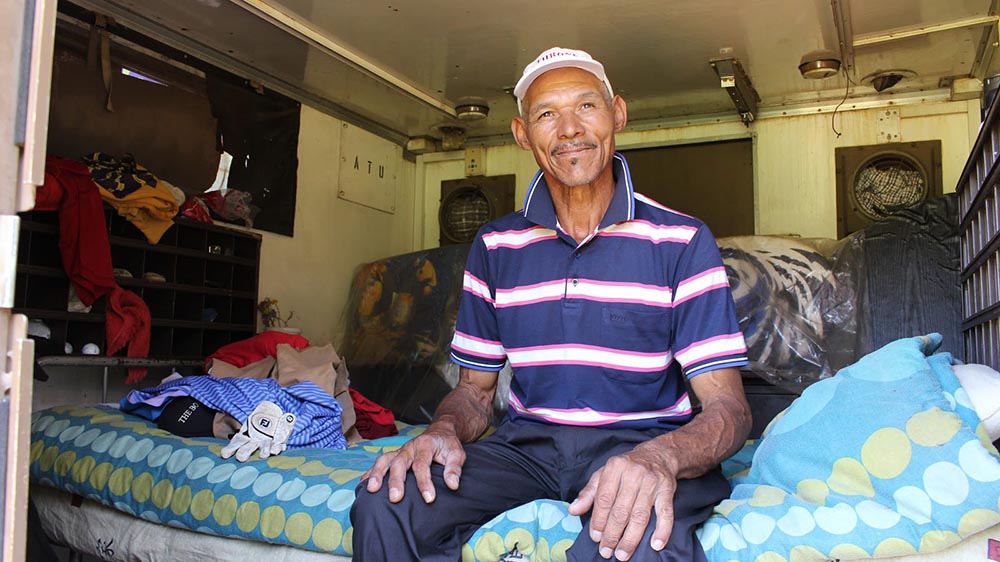 Up until 5 months ago, Llewellyn Barnes (59) was a homeless man, living on the streets of Pretoria. This March, against all odds, he will participate amongst professional players in the Senior Tour, a major golf tournament. 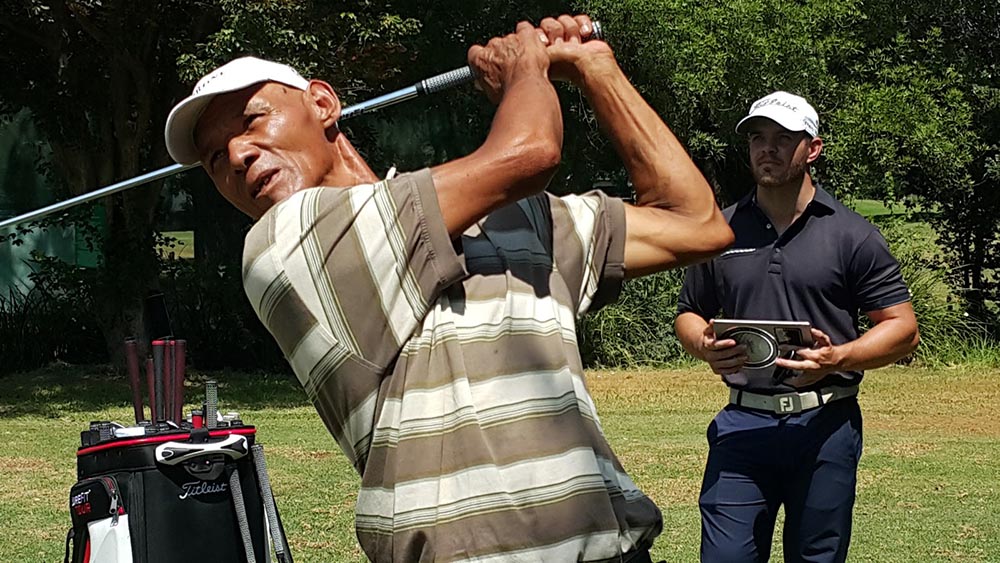 At an early age, Llewellyn faced many obstacles. He became an orphan at the age of 10, after suffering the loss of his father who worked as a security guard. With his mom unable to take care of him and his siblings on her salary as a domestic worker, he was separated from his family.

He later found himself living in a hostel on Zwartkops golf course in Centurion and his sisters were placed in foster care in the Eastern Cape.

It was at Zwartkops, where Llewellyn’s love affair with golf began. He would attend school in the morning and in the afternoon, he would run to the golf course looking for caddie opportunities.

“I carried my first golf bag when I was only 10 years old. Those days, working as a caddie paid well. I was paid 30c for a day’s work, enough to buy bread and a cold drink. This is where my love for the game started. I dreamed that one day I would become a professional golfer“ – says Llewellyn

At the age of 13, Llewellyn ran away from Zwartkops after suffering abuse from both teachers and students. He found himself in Durban, sleeping in a kombi and selling newspapers to support himself.

He later learned that his mother was staying in Uitenhage in the Eastern Cape and did his best to reunite with her.

“I never thought I would see my mom again. When I eventually found her, she was living with another man who didn’t have much time for us. They were always drinking and fighting and I knew I couldn’t stay there. I was soon sent to a school in Cape Town, but I didn’t stay long. What are you going to do when you are 18 and in Grade 8? I ran away.”- says Llewellyn

Llewellyn then went to stay with his grandmother, aunt and 3 cousins in East London. Instead of being welcomed, Llewellyn felt more like a liability and was pressured to find a job. Being uneducated, his opportunities were limited and he struggled to find employment.

Instead of relying on his family, Llewellyn decided to go back to Zwartkops only to learn that the school had closed down in 1975. To make a small income, he returned to work as a caddie on the golf course.

“You don’t need to be educated when you are a caddie, you just need to know the game. I caddied for a couple of years, sleeping under a tree after a day on the golf course. On cold winter nights, the other caddies and I would make huge fires to stay warm, it wasn’t fun and it wasn’t easy, but we made it through together” – says Llewellyn

On days when work was slow, Llewellyn would dive into the Hennops river, even on cold winter mornings, in search of golf balls he could sell.

“Sometimes you were lucky, in the summer, when the floods would come, you would find hundreds of balls under the bridge. On days where I couldn’t find any balls, I would have nothing to eat.” – says Llewellyn

When the golf course underwent renovations and became a golf estate, Llewellyn had to leave. With nowhere to go at the age of 25, he was forced to live on the streets and face a world of uncertainty and danger. Despite his difficult circumstances, he found solace in playing golf whenever the opportunity arose.

On days when he found caddie jobs around Centurion, he would have some money to eat and a place to sleep for the night, other nights he would sleep in the bush or on the pavement.

“Life on the streets was tough but I had to manage. I had no one to look up to, no one to complain to. I had no family, no place to call home, I was alone. At night I would pray that the Tsotsies wouldn’t kill me. I slept with one eye open, waiting for morning” – says Llewellyn

In January 2019, Llewellyn’s luck started to change.  Upon hearing that he was homeless, the golf club where he was caddying offered him a storage container to stay in. Soon after Llewellyn made an unlikely friend by the name of Gareth Frost (45) who was running a ‘breakfast club’ on Saturday mornings for the homeless at Weirda bridge.

The pair connected through their mutual love of sport and in time formed a special and unbreakable bond. After breakfast one morning, Llewellyn took a leap of faith and told Gareth that he could play professional golf and all he needed was a sponsor. 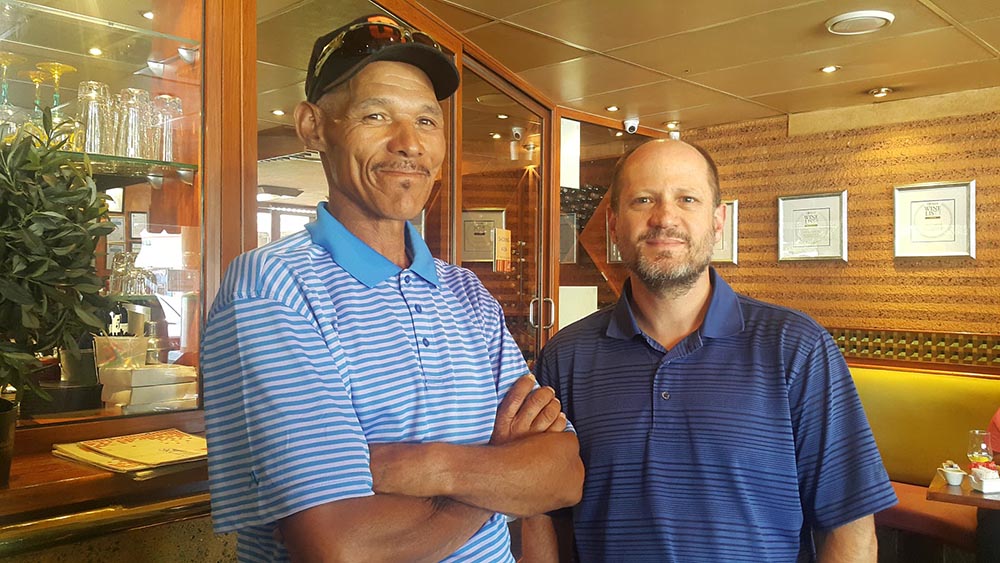 “I am used to requests from my homeless friends. They normally ask for a pair of shoes or shirts. When Llewellyn asked if I would like to sponsor him because he believed he could play professional golf, I didn’t think he was serious. But I couldn’t shake the feeling that there could be something special about this guy and I thought God was speaking to me.” – says Gareth.

For senior amateur golfers, the fastest way to get playing status in any major tournament is to make it through Qualifying School. Gareth followed the advice of the Senior Tour directors, learned the requirements and gathered the funds for Llewellyn to enter Q-School in January 2020. With second hand golf clubs and a prayer, they waited with anticipation for the first Q-school tournament.

Gareth’s advice to Llewellyn before the game has now become his motto “Every shot is an act of worship”. Showcasing his natural ability, Llewellyn silenced naysayers with a handicap of +2 despite not playing golf for over a year.

Struggling to hide his excitement, Llewellyn phoned Gareth to tell him the news that he had qualified as a professional golfer with provisional exception to participate in the Senior Tour, a major professional tournament part of the Sunshine Golf Tour.

To participate in the Senior Tour, that begins in March, Llewellyn will need to cover his travelling and lodging costs. He will also need new attire and a new set of golf clubs, as his pair of donated clubs will not be accepted for the professional tournament.

To ensure that Llewellyn looks his best among the other professional players and has everything he needs to make the most of this opportunity, Gareth and non-profit organisation, Fearless Love, have created a campaign on donations based crowdfunding platform, BackaBuddy, to appeal to the public to support this rising star.

The crowdfunding campaign was launched on 8 February 2020 and has thus far raised a total of R6 211.96 towards the fundraising target of R 45 000.00 with contributions from 7 donors. 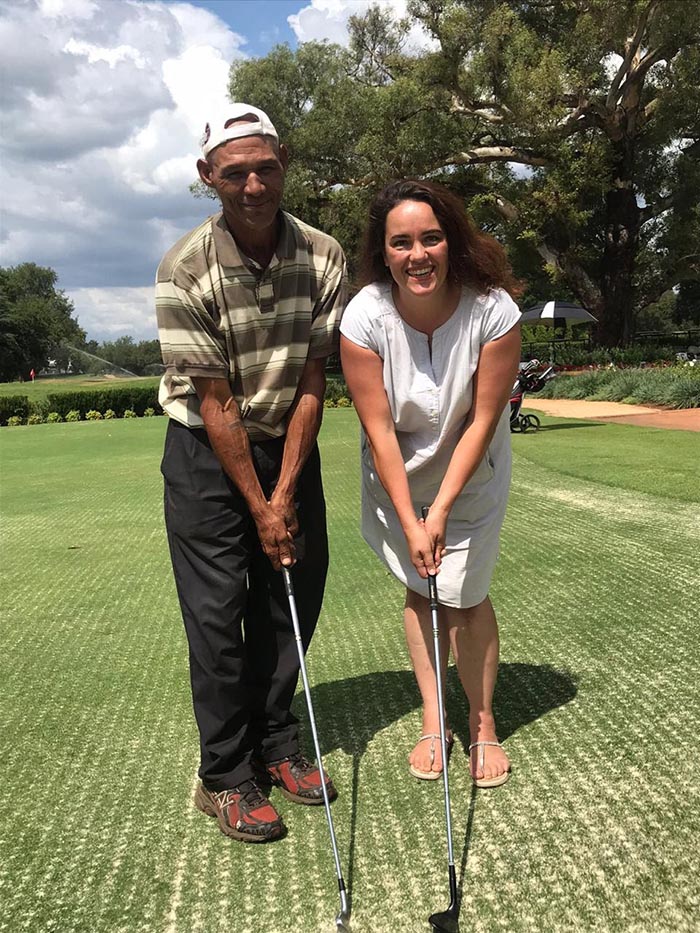 “While Llewellyn’s dreams are slowly coming true, he is currently still living in a container and will need all the support he can get to realize his dreams at the Senior Tour. Having watched him play, I am in awe of his natural talent, but most of all I’m inspired by his tenacious and kind spirit. I know he has what it takes and hope the public will open their hearts” – says Ilonka Esterhuyse, founder of Fearless Love.

The start of a new beginning

“I am so excited about the Senior Tour. The chance to show my true colours means the world to me. It has always been my dream to participate in a proper tournament against professional players. This is an opportunity for me to let go of the weight of my past and look to a new future. My only focus is the game now and I am practicing to be at my best” – says Llewellyn 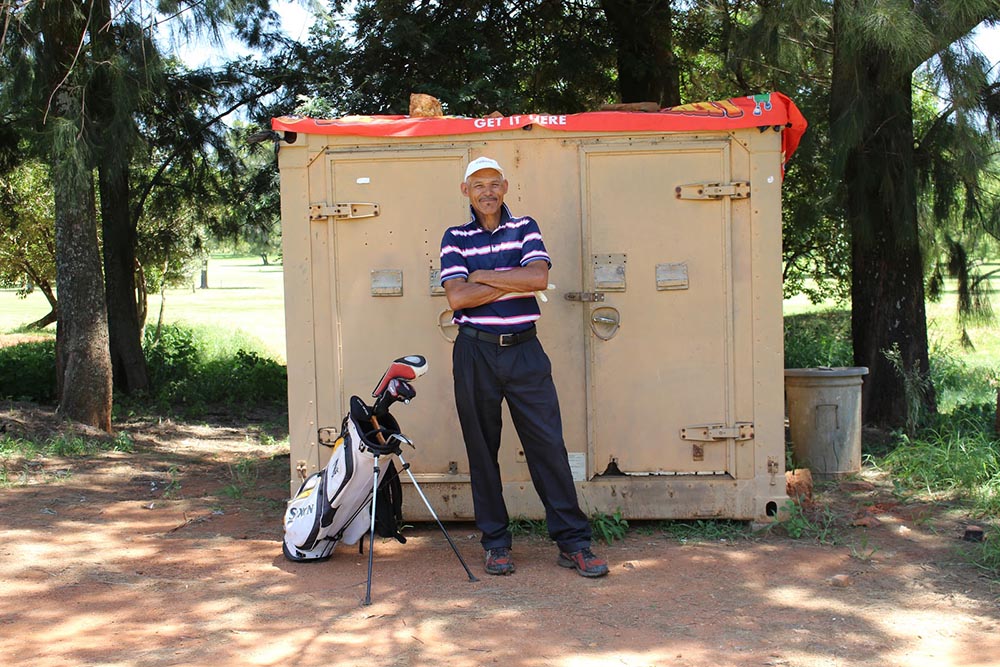