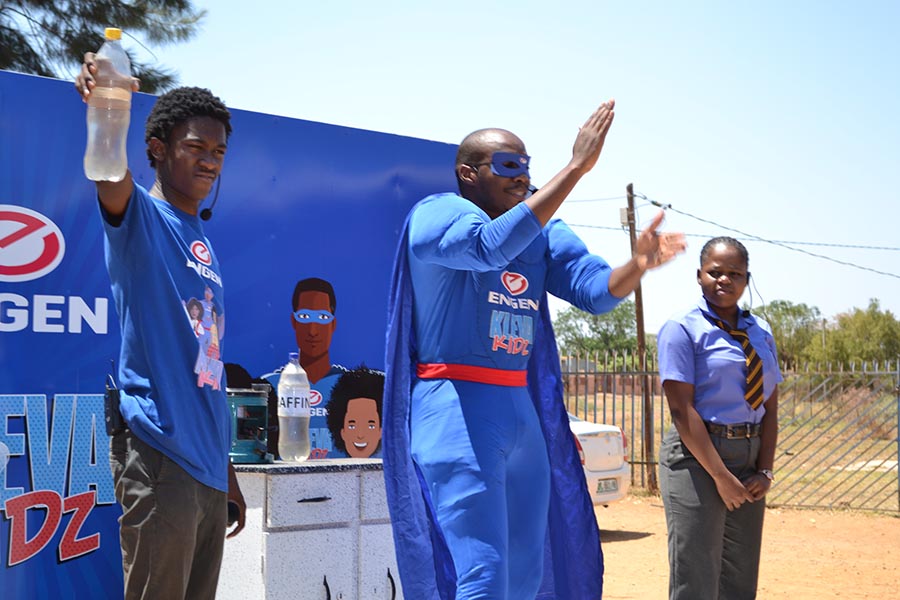 Engen KlevaKidz is an annual campaign that engages and educates young learners across South Africa about the importance of paraffin safety. In 2019, it reached 78 schools and shared crucial safety messages with 48 812 young learners in five provinces.

“The use of paraffin in low-income homes in South Africa is associated with a number of problems such as children who drink it accidentally, the spread of fire when as many as 2 000 homes can be destroyed in a single blaze, and extensive burn injuries,” says Engen’s head of Transformation and Stakeholder Engagement, Unathi Magida.

Since its inception in 2008, Engen KlevaKidz has reached 328 812 learners in 778 schools across South Africa. In 2019, young learners in Limpopo, North West, Free State, and the Eastern and Western Cape were taught about the safe handling of paraffin.

“Superhero” safety educator, Mr Wise is the main character who educates young learners about how to identify and use paraffin safely while interacting with “learners” Bongi and Junior, urging the duo to be very careful when using paraffin.

Stories are used to explain to the learners what to do if paraffin is ingested or inhaled. Mr Wise also focuses on the importance of being clean and washing hands after contact with paraffin, and how to store paraffin safely. 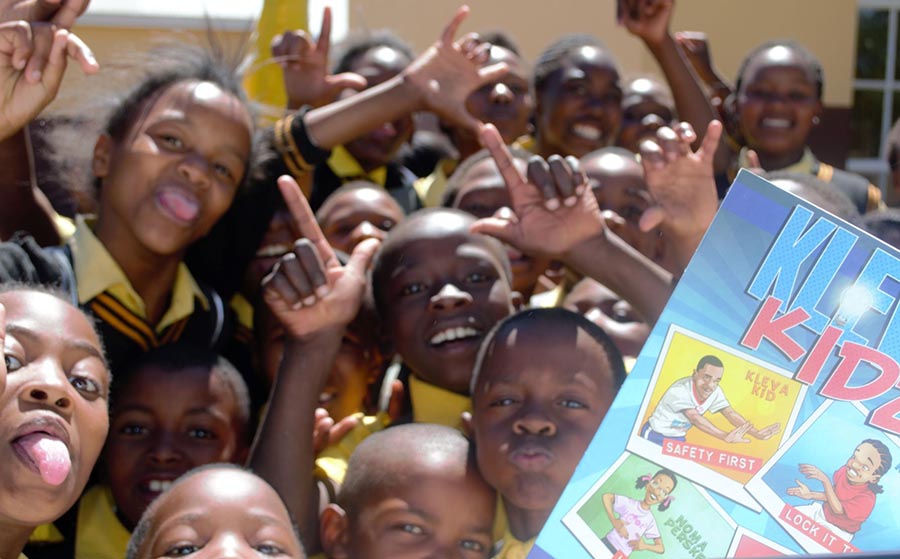 Prizes such as super hero masks and funnels are handed out to learners. This, says Magida, is because Engen believes that the learners are all heroes who have the inner strength and ability to take care of themselves.

“Young children in under-resourced households are often the primary day-time care givers, often looking after their siblings while their parents or guardians are at work.

“Without supervision and uninformed of the multiple risks associated with using paraffin, children between the ages of 7 and 13 are often vulnerable, and it is these children who are the focus of Engen KlevaKidz,” she adds.

Engen KlevaKidz has proven to be a powerful medium to stimulate children’s imagination. The takeout messages are explored in pre-and post-behavioural assessment questionnaires illustrating the retention achieved through theatre.

After each show, evaluations are distributed to determine the effectiveness of the production. This takes the form of a behavioural study measuring shift in knowledge and attendant behaviour, with results highlighting the positive impact on children who are given the tools and know-how to deal with paraffin emergencies, storage and handling.

“Engen is South Africa’s leading supplier of paraffin through the Laurel Paraffin brand. As a leading provider of petroleum products in South Africa, we are firmly committed to being a responsible corporate citizen. As such, we are honoured to contribute to the well-being and safety of the people who use our products,” concludes Magida.