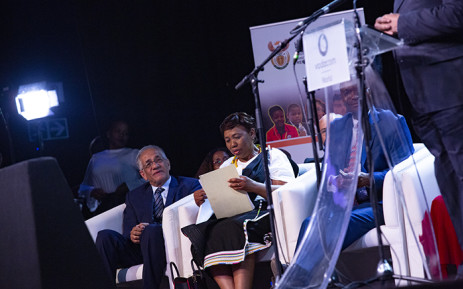 The Basic Education Department said that it was finalising preparations for the release of the matric results.

Minister Angie Motshekga is due to announced the national results for the class of 2019 next week Tuesday, while individual results will be available at schools the following day.

The department said that it was pleased that the exams concluded successfully around the country with no major incident reported.

Spokesperson Elijah Mhlanga: “The preparations are going very well. We are in the office and are working. We are meeting with Umalusi – it’s the final meeting with them – and we will then be in a position to continue with the printing of the statement of results.”

The department has also urged South Africans to refrain from sharing incorrect and misleading content that causes confusion and panic, especially among parents and pupils.

This follows misleading reports suggesting the department had reduced the pass mark for mathematics to 20%.

The department has dismissed the claims, describing them as fake news.

In 2016, Minister Motshekga made a special concession for grade 7 to 9 pupils who had passed all their required subjects except for Mathematics to be promoted to the next grade.

However, this was part of a transitional arrangement following the implementation of the new CAPS curriculum.

Mhlanga explains: “People are now sharing and discovering it as if there’s been a general, across the board policy change that says the pass requirement for maths is 20%, which is untrue.”

The post DBE Pleased With Successful Matric Exams As It Finalises Results appeared first on iAfrica.com.